Year after year, Barclaycard presents British Summer Time Hyde Park brings the greatest artists to the stage in Hyde Park. This year, a true icon, pioneer and one of the most important artists of the last half-century will make her BST Hyde Park debut – Barbra Streisand.

Known for her hit songs – ‘Guilty’, ‘Woman In Love’, ‘The Way We Were’, ‘No More Tears (Enough Is Enough)’, ‘Rain On My Parade’ and many more – Streisand is the epitome of original. She is just as famous for her hit film career, her activism and theatre stardom. She has won 2 Oscars, 10 Grammys (including the Grammy Lifetime Achievement Award), 5 Emmys, the Special Tony Award, American Film Institute Award, Kennedy Center Honors Prize, 4 Peabody Awards, the Presidential Medal Of Freedom and 9 Golden Globes.

In 1977, Streisand became the first female composer to win a best song Oscar for ‘Evergreen’ from “A Star Is Born”. The iconic film was most recently remade by Lady Gaga and Bradley Cooper, which Streisand has shown great admiration for. 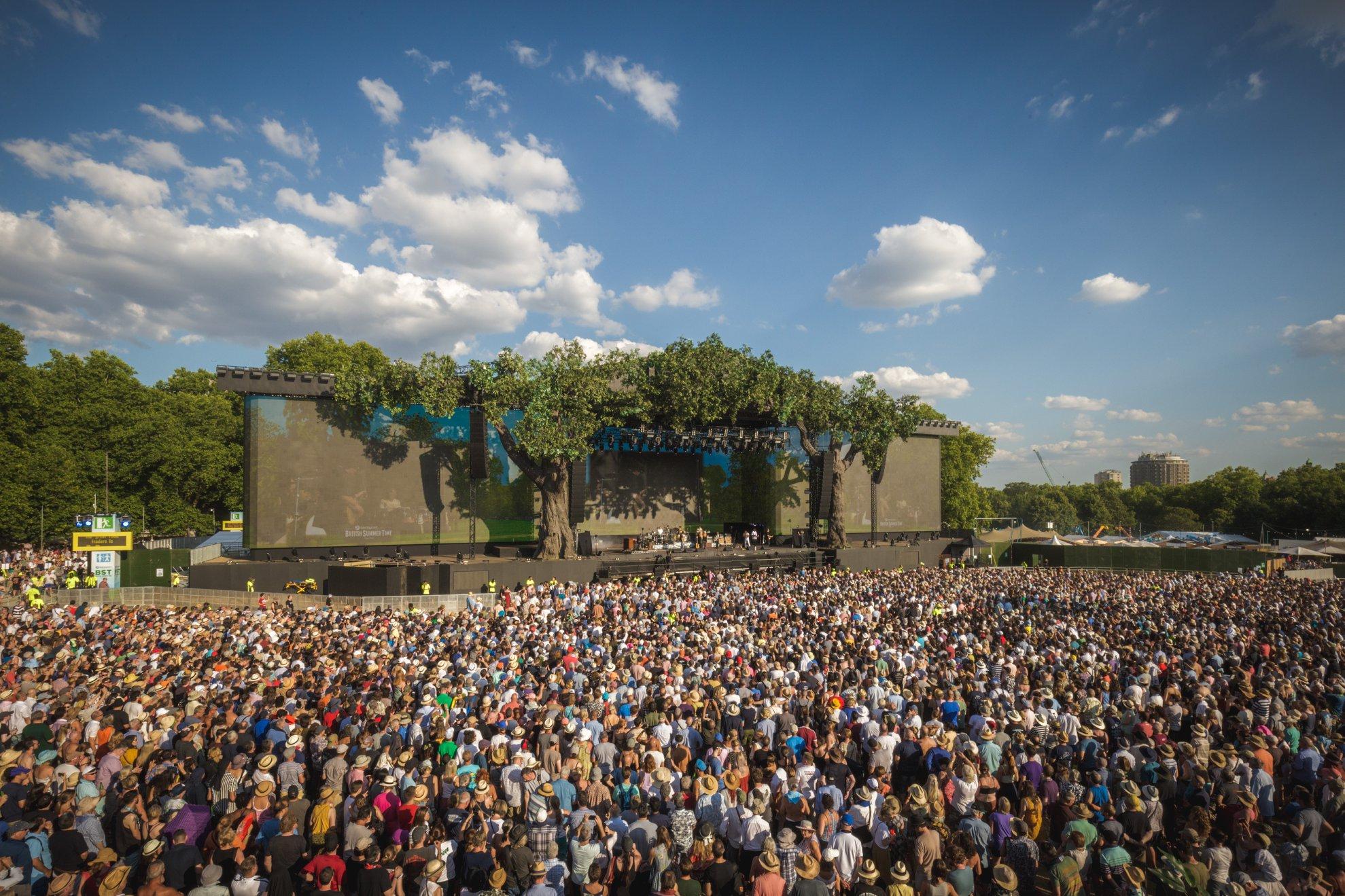 Streisand has never forgotten her roots. Born and raised in Brooklyn, New York, she struggled briefly as an actress and nightclub singer in New York during the early 60s before she shot to stardom on Broadway. She made a historic homecoming to Brooklyn in 2012 and again in 2016.

Last year she released Walls, her first set of original songs since 2005 and a comment on President Trump’s America.  The Guardian called it, “a fearless riposte to the White House.” The Independent commented, “Streisand lets loose her still resplendent voice, enunciating each word with such fervour that you can’t help but be swept up in her righteous indignation.”

Streisand has also worked with fellow BST headliner Celine Dion, as well as Ray Charles, Donna Summer, Neil Diamond and many more. She has had Number 1 albums in each of the last six decades - the greatest longevity for any solo recording artist with 11 US Number 1 albums, 6 in the UK and is simply one of the best loved and most decorated artists in any medium alive today. Now one of the world’s biggest stars will light up Hyde Park to bring the first sensational weekend to a close.

Get your tickets here!